It started with a challenge to Mechanical Engineering students at the University of Minnesota. We asked them to design an affordable and professional CNC machine for hobbyists and small businesses. The machine was required to be highly affordable, modular in design, and being capable of reproducing itself. We worked with the students to teach them the basics of CNC machines, and utilized their training and education to fully develop our CNC machine from concept to prototype, and now production.

The machine our students developed was a gantry style CNC machine that is capable of being manufactured simply and effectively from wood. It took four months of brainstorming and trial and error until we had arrived at something ready to prototype. The design was made using MDF wood, in addition to plastic, aluminum & steel in only a few days. Once the prototype was completed it was put through a battery of tests while reports and documentation were being written.

After the prototype was finished and our reports were written, we had our machine on display at the University of Minnesota. Numerous leaders in the engineering field were present and gave the design high remarks. It was set through its paces by running through the same movements repeatedly for several hours to show its robustness.

At the conclusion of the project, the students were all very excited to get a chance to see their designs be fully realized. From there on we took the essence of the initial designs and optimized them for best cost and performance. We redesigned and transformed the machine into a compact and affordable CNC machine. That project was then taken to Kickstarter to try and get fully funded. The project was called the Modular Desktop CNC. The $10,000 goal was met after a few days and then made it all the way to $47,608 with 69 backers. 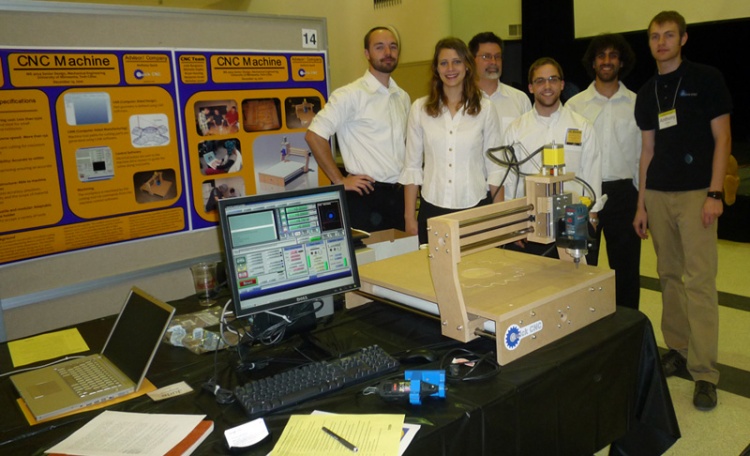